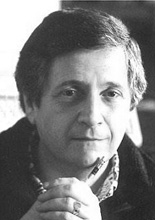 Andrew Downes was born in Handsworth, Birmingham, in 1950. He won a choral scholarship to St. John’s College, Cambridge (in 1969), where he gained an MA degree specialising in composition; and in 1974 went on to study with Herbert Howells at the Royal College of Music. He is now Head of the School of Composition and Creative Studies at Birmingham Conservatoire.

His music has been performed throughout the world, and has been broadcast on BBC Radios 2,3 & 4, BBC TV, “France Musique”, Italian TV, Austrian Radio, Dutch Radio, Czech Radio and Central Peking Radio. 12 CDs have been made of his music.