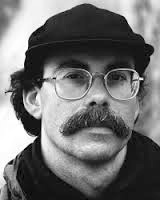 Jorge E. López was born in Havana (Cuba), on 30 November 1955. In 1960 he was taken to the USA, where he grew up in New York City and Chicago. In 1970 began the first attempts at composition, inspired by Ives, Mahler, Berg, Messiaen, Stockhausen and Xenakis. In 1971–5 he studied composition and music at the California Institute of the Arts.

López´ pieces for orchestra and chamber ensemble have been presented at well-known festivals for New Music ie. at the Donaueschinger Musiktage, Wien modern, Frankfurter Feste and the Salzburger Festspiele.

López has composed a remarkable eleven works for Wagner tuba including ‘Gonzales the Earth Eater for Solo Wagner Tuba and Four Instruments’ (1996) and ‘Dome Park for 82 Instrumentalists’ (1993) which includes 8 Wagner tubas (four in B-flat and four in F).