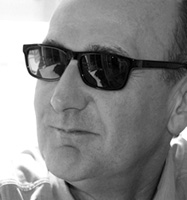 Stephen Caudel is an English composer with a passion for the Wagner tuba for which in 1993 he composed a new work to showcase the instrument. The World Premiere of the “The Edel Rhapsody” (Ger. pronounced Aydel) took place 12 June 1993 in Carlisle Cathedral, England with the composer in attendance. This is believed to be the first time that a work for Solo Bb Tenor Wagner tuba and Orchestra had ever been performed.

Due to increased interest in the work, Caudel revised the full score of the Edel Rhapsody and also created an arrangement for solo Wagner Tuba and Piano for recital performance. This has led to full orchestral performances of the composition in the United States including the US Premiere on 20 October 2018 in Hudson, Wisconsin.

To give an idea of the style of composition, here is an excerpt from the composer’s programme notes written for the original premiere:

“When I first heard the instrument at close quarters I was immediately struck by the richness and fullness of its tone and to me this suggested a work in which the Wagner Tuba would be featured in a lyrical and romantic vein. The Edel Rhapsody, therefore, along with most of my musical output, represents a return to the ‘late romantic’ ideals of melodic and emotional intensity, values coincidentally championed by Richard Wagner who first made good use of this wonderful instrument.” Stephen Caudel

Back to Wagner Tuba Composers Page