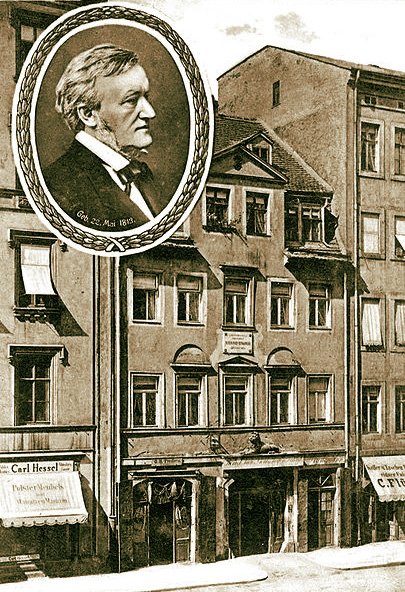 Wagner was born: Richard Wilhelm Wagner on the 22nd of May 1813 in Leipzig Germany. His father was a registrar in the police department.

Napoleon had in the spring of 1813 attempted to retake Prussia after the embarrassment of his retreat from Moscow and he was advancing towards the Elbe. The three day Battle of the Nations was centred on Leipzig and allied forces laid siege to the town forcing Napoleon to retreat westwards. As a result of this terrible siege, a typhoid epidemic carried by the poisoned waters of the Elbe descended upon the town. Mainly this was caused by the fact that the corpses of soldiers and the carcasses of horses had been thrown into the river!

When the baby Richard was only six months old, in the late summer of 1813, this typhoid epidemic claimed Carl Friedrich Wagner who was ostensibly Wagner’s father……

Next: Ludwig Geyer – The ‘Acting’ Father